The attached letter has been sent from WorkSafe Victoria with concern regarding a critical component on Sermac manufactured truck-mounted Concrete Placing Units, and to provide relevant prevention guidance applicable to all concrete pumping units.

An incident occurred in Melbourne in 2015 involving the failure of a Sermac Model Z 41 concrete placing unit’s boom. A boom linkage failed that resulted in the boom’s collapse.

Assessment of the failed linkage by an independent consultant engaged by the owner identified inadequate weld penetration of an external weld that may have contributed to the failure. The triangular linkages are located at some joints between boom sections, as depicted in the photograph below.

The Concrete Pumping Association of Australia recommends that if you own and operate a Sermac concrete placing unit, that you contact one of the inspectors listed below to discuss whether your pump may need inspection. 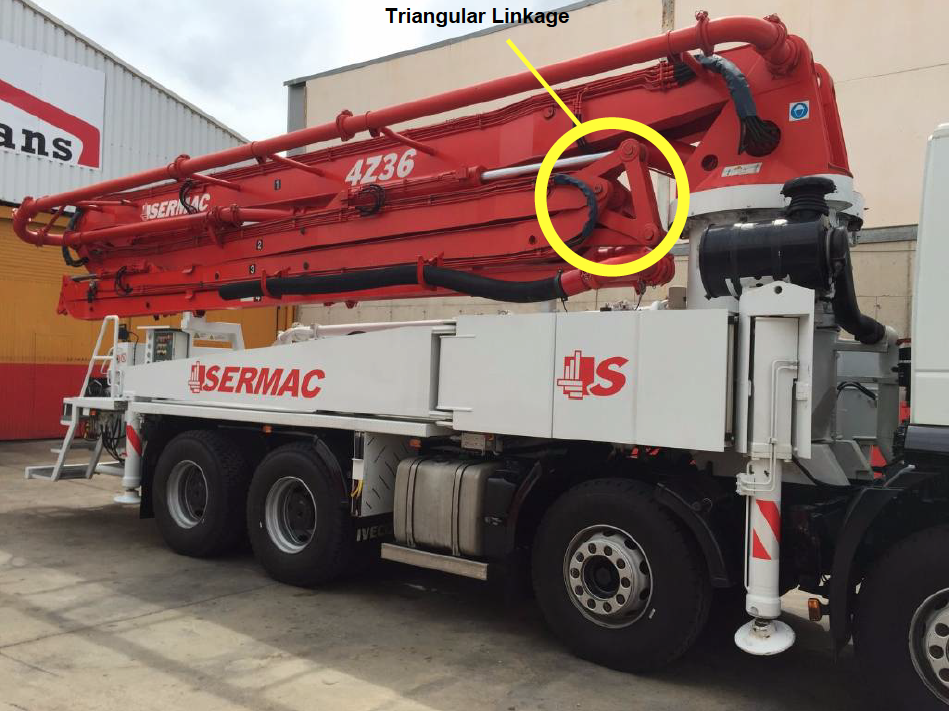